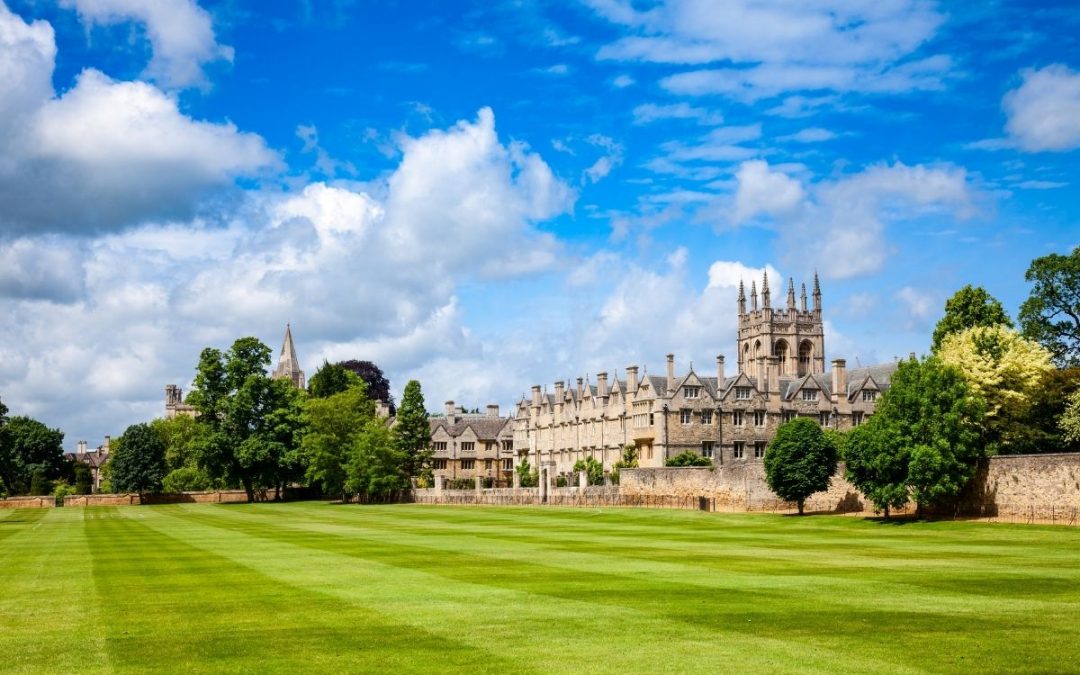 During lockdowns 1, 2 and 3 the TV was our saviour. From Netflix documentaries to ITV dramas, most evenings (and sometimes days, if you found yourself furloughed) were spent horizontal, on the sofa with one hand on the remote and the other in easy reach of some sort of snack (ahem, just us then?).

Thankfully, the old tele-box united us far and wide; from work Zoom calls (yawn) to catching up with the family chat on WhatsApp — discussing the latest show was common ground for us all.

So with travel finally opening up and the excitement of seeing new sights allowed, it’s no wonder we’re intrigued to visit the places IRL that brightened up our screens.

But where do we go first? Well, why not start on our own doorstep? The UK…

Take Christ Church College in Oxford, home to the Hogwarts’ dining room in Harry Potter. This striking Gothic college sits within an idyllic meadow as well as in the centre of the city and would make a perfect destination as part of a weekend away.

Don’t forget our discounts on hotel rooms and rental properties apply to everyone on the booking, so why not take some other Harry Potter fans with you? Keep your eye out for the sorting hat!

No one can forget the obsession we had with Bridgerton…

The colourful reinterpretation of London’s Regency era was based on Julia Quinn’s romance novels and saw us all transfixed — especially when the Duke of Hastings rode on to the screen! Once we discovered that Bath was the set for many scenes, the city became even more of a UK hotspot.

From the Royal Crescent to the elegant Holburne Museum, you can enjoy walking tours around the city where you can really take in the Georgian grandeur and golden Bath stone. Hmmm, I wonder who can help you book an escape to Bath…?

Any Game of Thrones fans out there?

The hugely popular HBO series was filmed all over the UK with one of the most famous spots being Castle Ward in Northern Ireland. The historic farmyard is the location of Winterfell and you can book tickets to explore this eccentric 18th century house and farmyard — don’t forget, our access to so many beautiful hotels can help make your trip to Ireland as magical as possible.

From classics like Notting Hill and Love Actually to recent offerings such as Enola Holmes and Sherlock, the capital’s streets are home to some of the world’s best-loved blockbusters.

Why not enjoy a weekend in London where you can take in film sights galore; from Portobello Road in West London to Kenwood House in Hampstead Heath, there are plenty of iconic film locations to indulge in.
So whether it’s a city break or a country retreat, don’t forget to join our waitlist to be kept in the loop for all of our exclusive travel offers, eating out deals and day out experiences once we launch in September.